In an earlier post, I praised Whole Foods for an instance of superb mango labeling;  now I must also give similar praise to Costco!

As a quick backgrounder on the issue, I am an advocate of more thorough labeling of mangoes in supermarkets.  This is because:   1)  There is a great difference in taste and quality between different varieties of mangoes and 2)  Some mango varieties can be difficult to discern from one another.  Essentially, many consumers have a hard time selecting a good mango.

In a perfect mango world, the stickers on mangoes would indicate the VARIETY.  That way, consumers would merely have to learn the name of the tasty varieties and then when at the supermarket, avoid the rest.  In most of the stores I visit, mango labeling is not helpful to buyers. 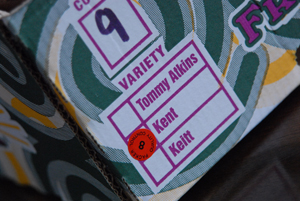 So today, Costco gets its own set of labeling points.  Here’s what went down at my location.   Costco received a rather large shipment of mangoes and was selling them by the box, which is a typical arrangement for many of the fruits they carry.  The mangoes themselves contained standard labeling BUT the box labeling couldn’t have been better! Look! Full disclosure: Kent Mangoes! Superb all around! The vast majority of the shipment contained Kent mangoes, a variety of which I greatly approve! A smaller portion of the shipment contained Tommy Atkins mangoes, of which I DON’T approve. (Unfortunately, I’ve yet to see a big food retailer that doesn’t, at some point, offer Tommy mangoes.) The trick as a consumer is to AVOID them!

When you visit your Costco and see fantastic mango labeling such as this, tell the manager!  Pass on the mango labeling love!!  Great job Costco — and if I have my way, retailers will eventually stop carrying Tommy Atkins mangoes. Bleck! 🙂

To read further about mango varieties, see this series: 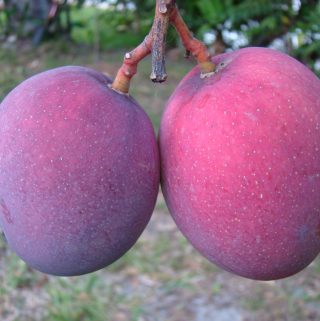 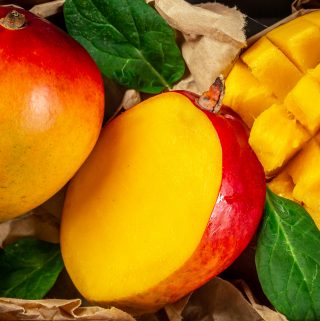